Why climate transition risks are macro-critical: The IMF and enabling a green recovery

Why climate transition risks are macro-critical: The IMF and enabling a green recovery

Notes from the virtual Civil Society Policy Forum event on 30 March. A video recording of the session is available on the IMF website.

Abstract: Time is running out to address the climate emergency and fulfil the Paris Agreement. We will explore how the IMF can enable countries’ transition to sustainable energy, while ensuring equity and citizens’ rights, by examining Fund surveillance and how it must evolve to help the transition to a low-carbon economy 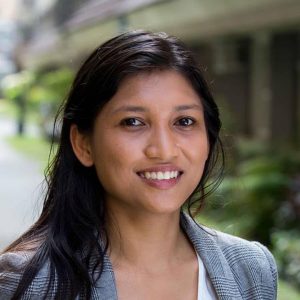 Thank you for your presentations, and the work that all your institutions have done on this topic. So as the IMF is the global institution tasked with preventing and mitigating financial instability, it’s certainly important that it integrates in its functioning climate risks, both physical and transition. So just as it’s mandated in the Paris Agreement, a focus on mitigation and adaptation underscores that risk will obviously remain mismanaged and underpriced, and resources may not be deployed to deal with these growing risks. Fossil fuel use is not just a carbon emissions issue. For those importing fossil fuels, it’s an issue of high prices and price instability, sometimes even obstructing growth opportunities, including affording competitive manufacturing capacities. Or for countries dependent on fossil fuel exports, as highlighted in the presentations, there’s a just transition issue that needs to be addressed sooner rather than later.

Capital markets are obviously shifting decisively towards cleaner investments. Over 145 globally significant financial institutions have coal exclusion policies, and over 50 are including oil and gas. Asian LNG spot prices have increased 600 per cent in the last six months preceding January this year. A combination of energy transition, market competition from renewable energy and storage options, price volatility and weaker profitability have weakened the fossil fuel industry’s financial position. Consequently, the industry’s future is likely one of long-term irreversible decline, which needs to be managed for risks.

Contrary to popular belief, that energy transition triggers higher costs, it is important to realize that non-performing stranded assets today are already being paid for by end users, governments, investors, and creditors – or some combination of all four. So, when poorly designed market policies increase the plant life of underperforming fossil fuel assets with guaranteed contracts, it will translate to further costs. So, while we are sometimes hearing that transition risks are not macro-critical, considering the subsidies, the guarantees, and the pending EU carbon border adjustment mechanism, something to consider is ‘can fiscal space be assessed adequately without including transition risk or spillover transition risk?’ And especially for importing developing countries, fossil fuels are currently sources of financial liability and can create new sources of financial vulnerability.

On the topic of the privatization of state-owned enterprises, I think the goal should be to ensure that the market structures used to support investments encourage players who are capable of taking market risk, while companies, whether state-owned or private, have access to strategies for hedging risks to protect consumers and the public who lack the ability to manage destabilizing price and market risk. Outdated market management decisions have resulted in excessive reliance on imported coal, fossil gas, oil and diesel units with open-ended import fuel obligations. As these options are increasingly uncompetitive, they do carry ongoing foreign currency and commodity price risks.

So perhaps IMF may consider positioning itself to engage proactively with countries in order to ascertain the degree of exposure of the financial sector, the public sector, and maybe even major economy credit agencies to fossil fuel lock in, and its accompanying non-performance or stranded asset risk. As the IMF intends to support the goals of the Paris Agreement of 1.5 degrees to keep our economy safe, it may wish to consider not only assessment of climate risks, but as Niranjali mentioned as well, making available support and resources to address the needs of climate vulnerable economies who are unable to easily print money the way major economies can, and support the building of resilience through improved mitigation, and management of climate-related macro-financial risks, new financial support for access to, and enhanced conditions for, critical investments in adaptation and development, perhaps even factoring this into its debt sustainability analysis, which could include potentially resilience benefits as part of its assessment.

So just to close, the V20 represents 48 developing economies who are on the frontlines of the climate emergency, and are proactively attempting to build back better through a planetary prosperity agenda, launched by Her Excellency, Honorable Prime Minister Sheikh Hasina of Bangladesh, through the development of climate prosperity funds. It’s clear that hard fought development gains and productivity enhancements are being undermined or, worse, reversed by the pandemic, creating a potentially deadly dynamic if the 1.5-degree limit of the Paris Agreement is breached. According to the World Bank, 115 million people fell into extreme poverty last year, and the total may reach 150 million by 2021, of which eight out of 10 are the ‘new poor’ are from middle income countries.

So, it’s important for the IMF to perhaps consider creating three types of spaces for developing countries on the frontlines of the climate emergency: One is a safe space for climate vulnerable developing countries’ viewpoints; two, fiscal space through exploration of special financial support options for climate frontline economies; and three, a knowledge space for capacity development and crisis assistance.