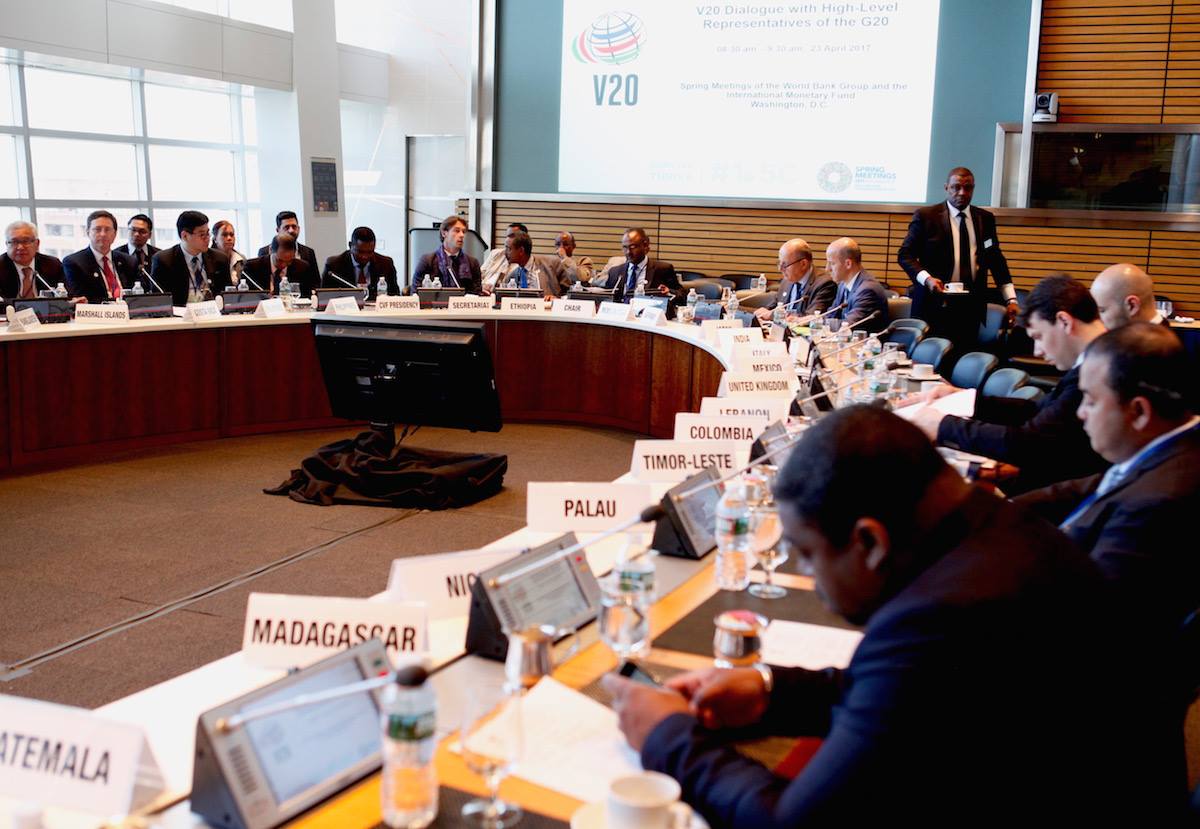 Call for strong climate outcome at G20 Summit in July

V20 officially confirmed the membership of Colombia, Lebanon, The Gambia, Palestine and Samoa, while also announcing the future chairmanship of the Marshall Islands from October 2018.  The group is currently chaired by Ethiopia.

“Today, the V20 achieved a number of important milestones with our strategic dialogue with the G20, as well as by initiating concrete initiatives to help V20 members finance climate action in their respective countries,” said H.E. Abraham Tekeste, Minister of Finance and Economic Cooperation of Ethiopia.

The V20-G20 dialogue aims to deepen strategic partnership between the two groups to redesign the investment agenda of the world economy. Representatives realized they had much in common in terms of aims to establish financial instruments that boost climate-friendly investments and energy transition. In addition, the V20 urged G20 countries to deliver their long-term low-emissions development strategies before 2020, and to include ambitious climate action as part of the G20 outcomes in July.

In its recent Communique, the V20 warned the G20 that pulling resources from the Paris Agreement will create economic instability. The V20 said investing in climate action is necessary and critical for inclusive development and economic growth.

“For vulnerable countries, the 1.5C limit is a matter of survival. It requires immediate and swift action by the global community, and above all, the major industrial powers,” said H.E. Macaya Hayes, Ambassador of Costa Rica to the USA.  “We set our sights towards 2018, the trigger year when all countries, especially the major industrial powers, need to commit to enhance their climate ambition before the end of the decade.

Developed economies have pledged $100 billion per year to finance steps enshrined in the Paris Agreement to limit global warming to no more than, if not well below, 1.5 degrees. The V20 welcomed the Roadmap presented by developed countries, outlining a pathway towards achieving their finance mobilization target.